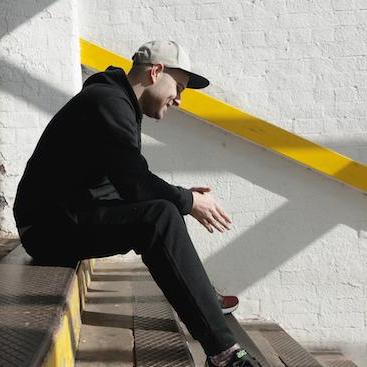 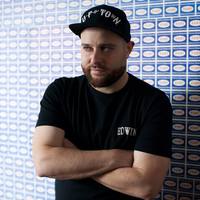 "The Whole Album Is Just Therapy To Me": The Last Skeptik Interviewed

The North London producer talks to Olamiju Ella about the creative processes behind his new album, mental health and why he’ll always record in his bedroom.

This Is Where It Gets Good is bound to define Corin Douieb's career so far. On his latest album, The Last Skeptik moves away from his roots in hip hop and trip hop and explores his own mental health journey in a series of tracks that he describes as being more electronic. In this very personal work, the Hackney-based DJ and producer explores the ups and downs in his relationship with his mental health and how he manages to navigate life whilst simultaneously getting to understand himself.

Long awaited, This Is Where It Gets Good features a series of guests who are very close to the artist, many of whom he counts as friends, one even as his girlfriend, which is perhaps not surprising given the subject matter. The record is the latest of a recent string of public conversation starters concerning mental health. He is the latest in a series of artists who have used their work as a means of contributing to the fast-growing dialogue surrounding mental health including Lil Uzi Vert and fellow Londoner, Stormzy. This Is Where It Gets Good chronicles these highs and lows, as The Last Skeptik’s expert production allows us a candid insight into his mind.

Catharsis and music have always been linked; music has always been a means of processing one’s own emotions. The Last Skeptik sat down with tQ to discuss how he’s taking it a step further, using his work to not only catalogue the ups, but also the downs and every emotion felt in between. Here, he tells us how he’s found a form of therapy through his own personal brand of “emo-thug” expression.

Do you believe that you owe your journey into music to the environments you placed yourself in as you were beginning your career? Where and when did this journey begin?

The Last Skeptik: I started making music when I was really young, around 10 or 11 years old in school. I’m from Finsbury Park, so hip hop and rap were just around me, then a bit later came UKG and the sounds of growing up in inner city London. When I was in school I was in a rap crew and I used to go to the music rooms with Sway who’s a couple of years older than me, he took me under his wing then I started making beats which I continued to do throughout my teens. I started building up a second hand CD collection, mostly West Coast and Dirty South hip hop so it would be like Tupac, DJ Quik, Dr Dre and everything I could get my hands on. I just wanted to make music that emulated that sound. Going through all the dramas of being a teenager in London, you have to grow up very quickly but in a different kind of way and so me making beats was my therapy. I just continued on through that....